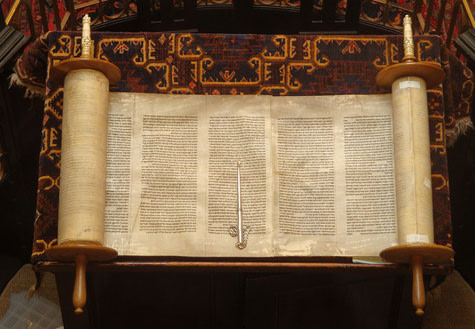 Torah is a Hebrew word that indicates reigning authority, such as a king using his decrees and rulings (Torah) to reign over his kingdom.

Because of this, the first five books of the bible are known as the Torah of God (given through Moses). The Torah tells us the history of creation, the fall of mankind, the faith of our patriarchs and the people that God welcomed under His reign. It was given to Israel as a standard of holiness as well as a guide to fulfilling their vocation to be “a light to all nations,” leading all people to God.  (Exod 19: 4–6)

The written Torah consists of roughly 613 commandments, decrees, and statutes. Everything from loving your neighbor to caring for animals properly with love and respect.

The Torah also tells us of the covenants God made to His followers. He declares that His covenants are promises that he will never break. This sets the stage for a God who would do anything for His people, including sending His son to die on our behalf.

Who wouldn’t want to serve a king like that?

When Jesus came, He reconstituted the Torah, presenting it as a constitution that is lived out from the heart and not simply a written checklist. This was the scope of the entire Sermon on the Mount
(Matthew 5:17-20).

For this reason, we continue to study, observe and submit ourselves to the reign of our King through His Torah and the relationship with His son, Yeshua.