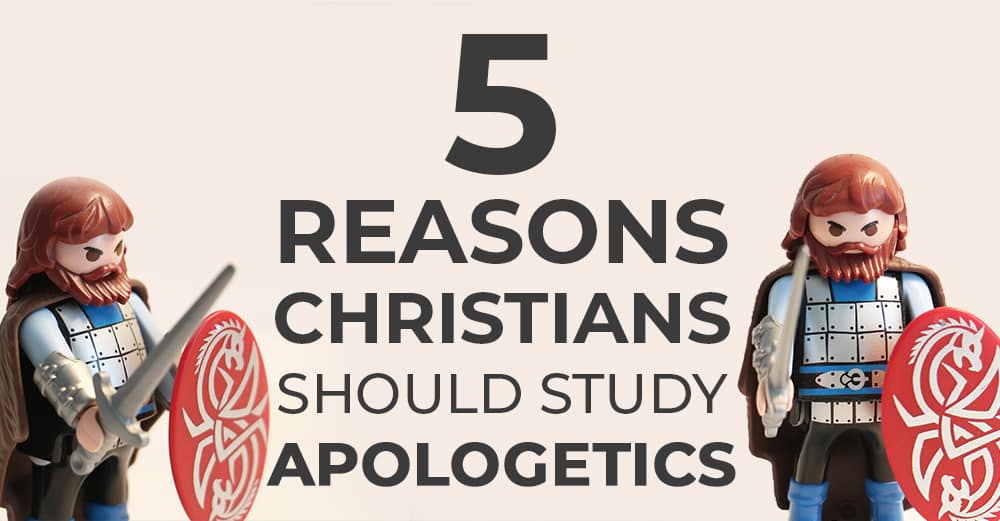 In the New Testament, followers of the Messiah are given a divine mandate to “sanctify Messiah as Lord in your hearts” (1 Peter 3:15a). In other words, according to the apostle Peter, we are to pledge our ultimate allegiance to the Messiah and honor Him as Lord.

But what does that mean? Well, Peter tells us in the second part of the verse to “always be ready to give an answer to anyone who asks you a reason for the hope that is in you” (1 Peter 3:15b).

Indeed, sanctifying Messiah as Lord in our hearts includes always being ready to answer those who ask about what we believe and why we believe it. The word “answer” in this passage comes from the Greek word apologia, which means “defense.” From this Greek term we get our English word apologetics, a branch of theology devoted to the study and defense of Christianity’s truth claims.

Peter goes further to say that we are called to give “reasons”—the logic, the rationale—for the hope we have in Messiah. We are to substantiate the truth claims of Christianity using arguments and evidence. So perhaps another way to articulate Peter’s command would be to say that we honor the Messiah by engaging in Christian apologetics—that is, making compelling arguments in support of our faith and answering objections from those who challenge our hope in Messiah.

Sadly, many believers in Yeshua do not acknowledge the importance of apologetics. Some go so far as to criticize the discipline, relegating it to mere intellectual brain candy. They’ll say, “We have more important things to worry about as believers, like loving God and our neighbor!” But, as we’ll unpack a little later, apologetics is one of the means by which we walk out our love for God and our neighbor.

The reason most believers neglect apologetics, however, is not that they believe it to be unprofitable. They neglect it simply because it isn’t emphasized in their congregations for one reason or another. Learning why faith in God is reasonable and why we can trust the Bible as reliable isn’t given a place within discipleship. As a result, the body of Messiah suffers and is less effective in fulfilling our mission as image bearers for God.

In an effort to remind the Church of the importance of this spiritual discipline, here are five simple reasons Christians should study apologetics.

Many fellow believers I encounter are caught up in the emotional experience of religion. This is not a bad thing. Indeed, the emotional aspects of our faith in Yeshua are vital. But we cannot unhitch our emotions from our intellect. After all, the greatest commandment includes loving God not only with all our heart and soul but also with all our mind (Matthew 22:37).

It’s clear that emotional religious experience is not enough. God created us with a rational mind so that we may discover the truth. The Scriptures instruct us to think about “whatever is true” and weigh the data and evidence in order to discern the will of God (Philippians 4:8; Romans 12:2). Moreover, we are morally responsible to believe, proclaim, and defend the truth and refute falsehoods (Jude 1:3). Our religious experience must be “founded in truth” if we ever hope to truly impact this world for Messiah’s Kingdom.

It’s often said, “You can’t argue anyone into the faith.” While that is true, apologetics still helps to resolve objections that hinder people from seriously considering Christianity. The goal of apologetics is not to win people over to the Lord by argument alone but to help them see Yeshua clearly.

Christian author C.S. Lewis went from being an atheist to a theist first through intellectual argument. As the obstacles to his faith were gradually removed through reasoned arguments and evidence, he was eventually able to see the truth of the gospel. Then, through faith, he received the Lord. Countless people have similar testimonies.

When sharing the gospel, we often hear how important it is to relate to people and speak to them on their level. This is also true with intellectuals. Unless we are able to engage with people thoughtfully and offer rational grounds for considering Christianity, we will be doing a disservice to the very people we are called to serve and be a light to.

3. Apologetics is a benefit to the body of Messiah

Apologetics serves an important role not only in evangelism but also in building up believers in their faith. In Acts 18:24-28, we read about Apollos, a Jewish believer in Yeshua. He was “an eloquent man, competent in the Scripture.” The passage goes on to say that he “powerfully refuted” his opponents in public and demonstrated by the Scriptures that Yeshua is the Messiah. This greatly encouraged the other Jewish believers in Yeshua (v. 27).

Believers need to know that what they believe is rational and true. Apologetics gives us an intellectual basis for our belief in God’s existence and the reliability of the Bible.

Moreover, Jude, one of the brothers of Yeshua, instructs us to “have mercy on those who doubt” (v. 22). Thus, the Church is called to minister to the doubtful in their community. That means allowing those who have doubts the room to honestly wrestle with difficult questions while giving them guidance and working with them to find answers. Apologetics is essential in ministering to the believers in our community who struggle with doubt.

Another aspect of our divine mandate to defend the faith is to do so “in gentleness and respect” (1 Peter 3:16). According to Peter, if you are just arrogantly trying to win an argument with someone, you are not truly engaging in apologetics. Your character must reflect Messiah.

Thus, apologetics challenges us to be not only thoughtful and informed but also kind and gentle. And perhaps nothing helps us grow in this area more than engaging those who passionately disagree with our deeply held beliefs! Apologetics provides us with opportunities to practice patience and self-control in the midst of heated debate.

For many people, apologetics is one of the biggest things that God has used to strengthen their faith and help them grow in their relationship with Him. Learning about the various ways that science, history, and philosophy cohere with God and how apparent conflicts can be resolved is exciting and edifying.

Like Jacob struggling with God and refusing to let go until God blessed him, apologetics allows us to struggle with God over the deep philosophical and theological questions of our time. There’s a blessing for us in that struggle! Indeed, the intellectual side of faith is what keeps our faith from becoming superficial and empty.

I can go on and on about the utmost necessity of apologetics, but perhaps these five reasons are enough to motivate you to dive in to this important area of discipleship. May your faith be thoroughly deepened and enriched as you study apologetics! 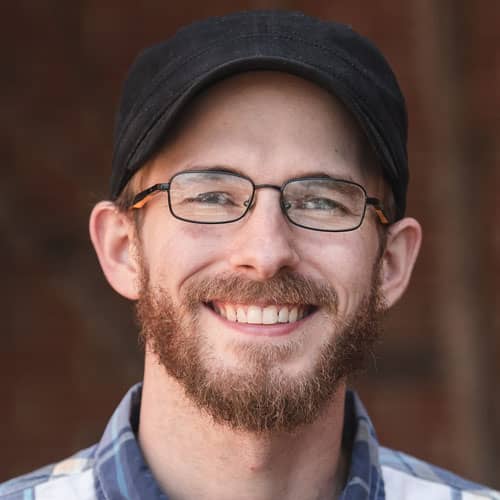 David is first and foremost a passionate follower of Yeshua the Messiah. In addition to his books, When Faith Works: Living Out the Law of Liberty According to James and A Christian Guide to the Biblical Feasts, David has written several theological and devotional articles available on various Messianic and Christian websites. David has also spoken at a number of Christian/Messianic churches and conferences throughout the United States and currently serves as a regular Bible teacher and writer for multiple congregations and ministries.