The Kind Face in the Hijab 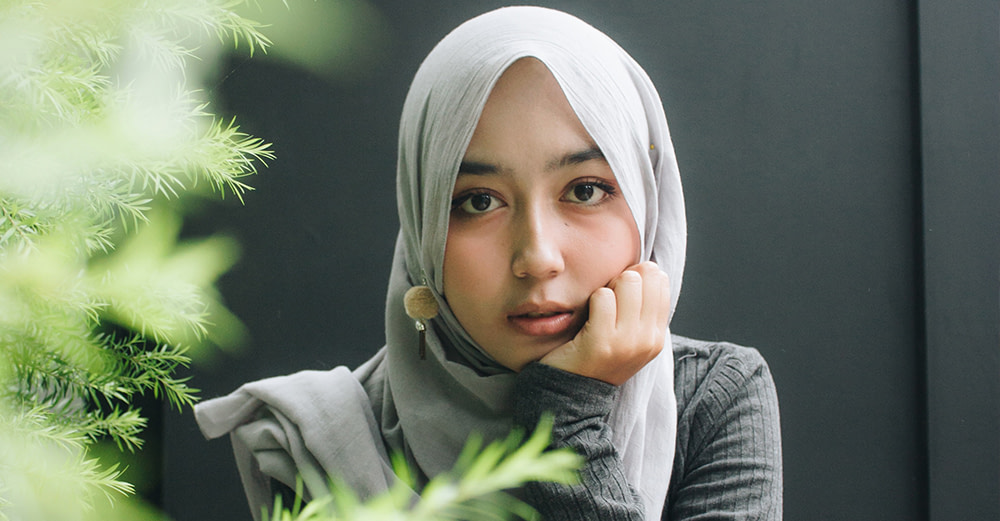 As I am learning, this is not simply a Christian kingdom, nor a Jewish kingdom, nor a Messianic or Hebrew Roots kingdom, but the Commonwealth of Israel instituted by Holy God. His revelation comes in multiple pieces and levels and ways. It comes to Jews, Christians, Hebraic believers in Yeshua, and many others we may not now recognize as fellow Israelites. It is bigger than we think, but its glory wanes when we think we have it figured out and insist that others endorse our singular view of it.

It is a miraculous Kingdom. Perhaps not the miraculous that we expect, such as oceans dividing to make a dry path, or mountains crumbling, or masses of sick people instantly healed. Those miracles have, do now, and will occur. Yet the miracles all around us are hardly recognized as such today. I lived through one during an evening on the Golan Heights, when ten of us Hebrew believers of Christian backgrounds shared a fine supper in the Orthodox Jewish sukka of an Israeli friend.

How is that a miracle? Read the tenth chapter of Acts and figure it out. God had to send a special revelation to Peter the apostle just so he would go to a foreigner’s house and talk with him. What I and my family and friends were so blessed to experience was a Jew who not only talked freely with us, but did so in his own house with his own family, while sharing freely of his food and drink. It was a miracle I am still processing, but which I understand was made possible by other miracles that are accelerating this process of bringing together people who never should have been separated in the first place.

Among the many things I learned from my Israeli friend are these: Judaism is grounded in the present, the now, the do-what-you-can-with-what-you-have-to-make-this-world-better. It is not transcendent, meaning it is not easy for Judaism to embrace eternity and resurrection and something better than the now. That is why so many Jews become Buddhists, because Buddhism is transcendent. But then, so is Christianity. And there is a tragic irony: Christianity can be so heavenly minded that the now recedes into the shadows. Hence the mutual conclusion we reached with our Jewish host: we need each other. Christianity needs the root, the grounding, that Judaism provides, and Judaism needs the transcendence that is Christianity. Perhaps that is what we Hebraic believers in Yeshua can provide by walking this strange middle ground between the two.

Provided, of course, we get over our fear and learn to talk with one another as equals. No, more than equals; as brothers.

This is what a Jewish shopkeeper taught me in the few minutes we spent at his establishment in Jerusalem’s Jewish Quarter. I asked what people who visited his shop were saying about this prophetic time in which we live. He reminded me that we live in the now, and that our best gift to God is to be His expression in this sad world. He is right, of course. I was thinking like a Christian: utterly transcendent; he was answering like a Jew: firmly grounded in the present reality. The right answer is a combination of the two, and it is that combination which generates miracles. Why? It is a matter of language. The language of heaven may indeed be Hebrew, as Moses explains, but the language of God on earth is mankind. By that standard, it would seem that I get to choose every day whether God speaks blessings or curses.

It is a frightening prospect to contemplate. But we must contemplate it. The world truly will go to hell in a hand basket if we do not.

I found myself very glad that someone in Judaism is contemplating these things. We saw evidence of this at the Temple Institute. These crazy Jews actually think they can build the Third Temple. You know what? I believe they will. More than that, I want to help them. Why? Because without the Temple the world will have a very difficult time visualizing the Invisible God. That, more than the prophetic implications, is why I want to see this Temple come back into existence. The very fact that these crazy Jews have crafted the utensils, musical instruments, garments, altars, and other items for Temple worship is a miracle, as is the resurrected priesthood which is even now taking shape. Call it crazy now, but when the shekinah glory of Almighty God falls upon those humble burnt offerings of a contrite people, the world will think differently — if only to scream in opposition to what is now only a curious footnote.

It is a matter of creating miracles. That is what these crazy, amazing, industrious, resilient, blessed Jews are all about. Israel is a miracle, and for times only too brief and too infrequent. I have been blessed to breathe its air.

Once I wrote a book which I hoped would be a companion volume to Theodore Herzl’s earthshaking work, The Jewish State. One morning I visited his tomb on Mount Herzl (imagine having such a legacy that a country would name a mountain after you!), and then at the Herzl Museum learned about his life. That visit confirmed much. It seems Herzl and I are alike more than I thought. Perhaps we would not have been friends — he and I live in far too different worlds for that. Even so, he dreamed what became a miraculous reality, and because he did, I dare dream as well. Can the Ten Tribes live again? Yes, they can. God promised it; all we need do is embrace those promises and walk them out. Create the miracles and He will ratify them.

Later that same day, I witnessed such a miracle. I cannot guess how many people gathered for the Parade of Nations in Jerusalem that particular Sukkot. Many thousands indeed, from nations as diverse as Ghana, Sweden, Angola, Honduras, North Korea, China, and Canada. The vast majority could be classified as Christians, even we who identity as Hebraic followers of Yeshua and who have left traditional Christianity. Of those thousands, only a few dozen of us publicly identify as Ephraimites, self-identified returning exiles of the Ten Tribes of the House of Joseph/Ephraim. We do so because of the covenants and promises the Living God made with Abraham, Isaac, Jacob, Joseph, Moses, Aaron, and David. Whether we are truly descended from the “Lost Tribes” in a physical sense makes no difference. All of us started out as strangers to the covenant nation, but it is into that covenant nation that we are adopted by the Messiah who came to seek and save us.

It matters little at this point that our Christian brethren attending that Feast of Tabernacles celebration did not see it that way. Neither they nor we see the whole picture, and all of us will be corrected in time. What is important is that those thousands of good, kind, ordinary people acted on the invitation of the God we mutually adore and came to Israel to demonstrate love and admiration to our Jewish brethren. Neither they nor we understand this entirely, but all of us feel and know that it is bigger than anything we have ever encountered.

Together we are making a miracle.

But perhaps the greatest miracle was one that went unnoticed even by my close friends. As we travelled on Jerusalem’s Light Rail to join the parade, I turned around to see if I could find a landmark from a trip earlier in the week. My searching glances attracted the attention of a Muslim woman standing next to me. Apparently she thought I was trying to figure out what station was next. She knew no English, and I no Arabic, but she did her best to explain that the announcement of the next station would come in Hebrew, then Arabic, and finally in English. When that announcement came just as she said, she smiled at me, and I responded with the only Arabic I know: “Shuqrun.”

Thank you. Thanks to a kind face in a hijab, to something — someone — I did not expect to find in Jerusalem. Perhaps they are rare, but on that day I learned that they are there. For all the Palestinian mothers who seem to hate Jews more than they love their children, I happened to have found one who cared for a stranger she took to be a Jew. She offered help when she did not have to. More than that, she stepped completely out of her cultural rules by speaking to a man from among the infidels. Other faces in hijabs in Jerusalem conceal knives and bombs, but this one concealed only a kind heart.

Who would have known? Muslims apparently can create miracles too.

Maybe, just maybe, if we stop fearing one another and start talking with one another, there is a chance that we really can see all our children grow up in the peace that passes all understanding. 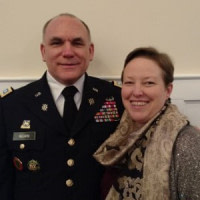 I am a lifelong disciple of Jesus (Yeshua) of Nazareth, an avid student of the Bible, a devoted husband and father, a 29-year veteran of the United States Army, and a historian who connects people with their own stories.
← Previous Next →